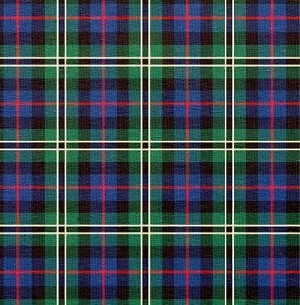 As a boy, Curt attended a one-room schoolhouse and helped his father run the family general store, post office, and ice house in Lexington. He lettered in football in high school and after graduation, joined the U.S. Navy in 1944 to become a pilot. He was honorably discharged as an Aviation Cadet. Curt then earned a Bachelor of Science from Washington and Lee University and a Masters of Science from The Ohio State University (1951). While at Ohio State, Curt was elected to the Society of Sigma Xi, which promotes scientific research.

Curt worked for Chevron, USA for over 36 years, progressing from a seismic crew chief in Montana and North Dakota and to District Geologist in New Orleans, overseeing exploration of the Tuscaloosa Trend, a major natural gas producer in south Louisiana. He was promoted to Chief Geologist of the entire Southern US District in Houston. Curt was a 50-year member of the American Association of Petroleum Geologists (AAPG). He authored or co-authored numerous articles on the Tuscaloosa Trend and subsurface salt movement in the northern Gulf of Mexico. Curt received the Matson Award for the best paper at the 1976 AAPG annual convention plus the AAPG Distinguished Lecturer Award in 1982. He also served as Technical Program Coordinator for the 1988 AAPG Convention. Based on his contribution to the understanding of the geology and structure of the Gulf of Mexico, Curt had the Humphries Basin (misspelling his name) on the continental slope in the Gulf of Mexico named after him.

Curt was soft-spoken with a quick dry wit and artist’s soul. He was a thoughtful dedicated son, brother, husband and father, helping to raise three adoring children. In New Orleans, Curt was active in the Caledonian Society of New Orleans, the St. Andrew Society of Louisiana (past president), and the Aurora United Methodist Church. He umpired and coached baseball for 12-year olds at Plantation Athletic Club. Curt loved to play golf (even had a hole-in-one) and played St. Andrews twice, and was an avid researcher of military history and battle strategies of the Civil War and WWII. He meticulously researched family genealogy with his brother Bob, determining a family history with the Scottish Clan Rose. Everyone who knows Curt has remarked how gentle and kind he was. A grave-side service in Lexington Oak Grove Cemetery will be held at a later date.

To send flowers to the family or plant a tree in memory of Curtis Carlyle Humphris Jr., please visit our floral store.

You can still show your support by sending flowers directly to the family, or by planting a memorial tree in the memory of Curtis Carlyle Humphris Jr.
Share a memory
© 2021 Rader Funeral Home. All Rights Reserved. | Terms of Service | Privacy Policy