We have years of experience caring for families from all walks of life, cultures and faiths. Our unsurpassed staff and our family provide kind, caring, professional service. Each family comes to us because they know we are leaders in our profession who are dedicated to excellence in service, adhere to the highest funeral industry standards, and have exceptional integrity. We consistently earn phenomenally high customer satisfaction survey results.

Our licensed, professional staff is here for you 24 hours a day, 7 days a week. Please call 540-992-1212 anytime. We will even come to you to make arrangements in the comfort of your home.

Prompt, compassionate service is always just a phone call away, where and when you need it. 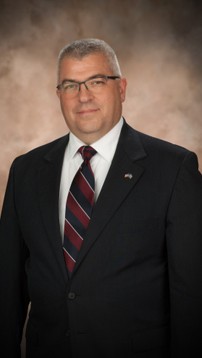 David has been involved with funeral service since he was 16 and has worked with Rader Funeral Home and Lotz Funeral Home since February 2011. David is originally from Mogadore, Ohio, is a member of Church of the Transfiguration in Fincastle.

David is certified by the National Conference of Funeral Service Examining Boards and certified by the Academy of Funeral Service Practice. He is a Licensed Funeral Service Provider in Virginia and a Licensed Funeral Director and Embalmer in Ohio. David also has a background in Grief Counseling, specializing in pregnancy loss, still birth, and newborn deaths. He is an active Mortuary Officer with the U.S. Department of Health and Human Services Disaster Mortuary Operational Response Team Region V, and deployed to San Juan, Puerto Rico following hurricane Maria in 2017. 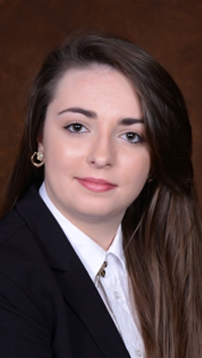 Sarah joined the Rader Funeral Home team in June 2017. She was born and raised in Bedford County and still resides there and attended Liberty High School where she graduated in May 2016. During her senior year, she worked with Tharp Funeral Home where she decided to further her education and get her degree in Funeral Services/Mortuary Science. Sarah is currently working towards that goal at John Tyler Community College. She enjoys spending time with friends and family, riding horses, fishing, and traveling. Sarah attends Church of the Transfiguration in Fincastle. 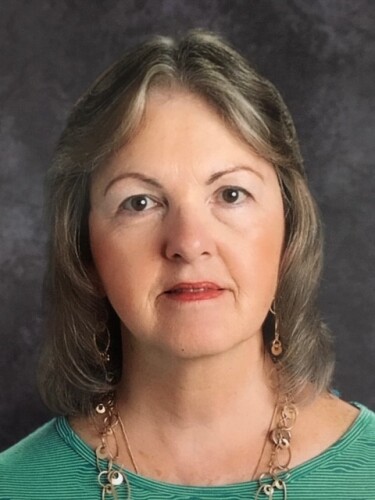 Diane was born and raised in Buchanan and has lived in Botetourt all of her life.  She attended Buchanan Elementary, Botetourt Intermediate, and graduated from James River High School in 1976.

Diane graduated from Radford University in 1980 with a B.S. in Early Childhood Education, again in 1984 with a M.S. in Upper Elementary Education, and from UVA in 2012 with an M.S. in Reading Education.

She worked as an elementary teacher for 21 years in Clifton Forge and then in Roanoke City for 19 years.  Diane retired in June 2020 after 40 years of teaching.

Diane has been married to Gene Taylor for 35 years.  They have two sons, Bradley and Matthew, and one granddaughter, Ragan.

An avid quilter, Diane enjoys creating memory quilts and pillows, and taking on projects for her friends and family.  Also, she is a Pampered Chef consultant/representative and conducts Pampered Chef Bingo on Facebook and for fundraisers. 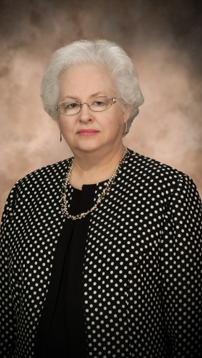 Lois joined the staff at Rader Funeral Home in the fall of 2007. She retired after more than 40 years as a registered nurse. She was educated at Medical College of Virginia, Medical College of Georgia and East Tennessee State University. Most of her career involved registered nurse education. For 28 years, she served as Director of Virginia Appalachian Tricollege Nursing Program, a consortium of three community colleges in far southwest Virginia, headquartered at Virginia Highlands Community College in Abingdon, Virginia. Following her retirement in 2005, Lois moved back to the family home in Mill Creek. She is a member of the Mill Creek Baptist Church, where she belongs to the Sanctuary Choir, the Business Women's Circle and several committees. She also serves as an election official for Botetourt County. Some of her favorite things are her family, travel, singing and reading. She finds her work at Rader Funeral Home humbling yet very satisfying. 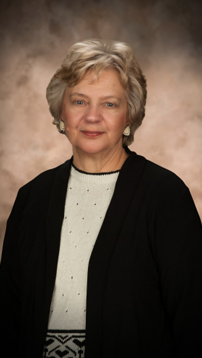 Gail Blanchard lives on a farm in Troutville with her husband, Ronnie. They have a daughter who is an excellent hairdresser, and she has two boys who are very special to Gail and Ronnie. They also have a son, Kevin, who is in the Marines. He went to Iraq and was injured in June 2005 when his Humvee ran over an IED. He has come through it all with a wonderful outlook on life and attends George Washington University. Gail works at Greenfield Elementary with Special Education students. She also enjoys working at Rader Funeral Home part-time. Gail and Ronnie have been members of Hollins Road Baptist Church for the last 25 years. Gail says that her hobby would be going to yard sales. 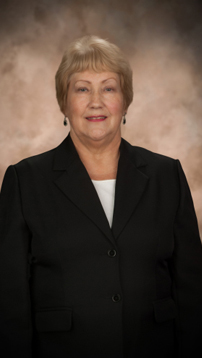 Pat Richards was born in Richmond and moved to Botetourt County with her family in 1952. She attended Troutville Elementary School and graduated from Lord Botetourt High School. Pat has two sons, Billie and Jeffrey, and two daughters, Monica and Nicole. She has nine grandchildren and one great-granddaughter.

Pat retired from her position as secretary bookkeeper at Cloverdale Elementary School on June 30, 2015, after 47 years of service. She enjoys traveling, reading, dancing, and spending time with her family. Pat has enjoyed her 17 years with Rader Funeral Home. 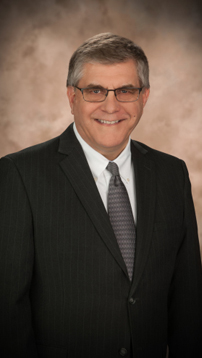 Up until September 2014, Randy was the senior pastor at Mill Creek Baptist Church. He and his wife Debbie moved to the area in November 2001 with their three younger children, Mark, Dann, and Erin. Currently, the oldest child, Allan, lives in Richmond and continues to work in the food service industry. Tyler, the second child, lives in southern Virginia with his wife and twin daughters and pastors a church. Mark is a Sergeant in the United States Air Force and lives in California with his wife and two children. Mark is an aircraft mechanic and instructor. Dann was honorably discharged from the United States Army and now attends college, working toward a Bachelor’s degree in Computer Science. Erin was involved in a serious automobile accident while still a teenager and as a result of the accident, is now a disabled adult who continues to live in the household. Debbie is a part-time legal secretary working in Roanoke, as well as a part-time server at a local fast food restaurant. 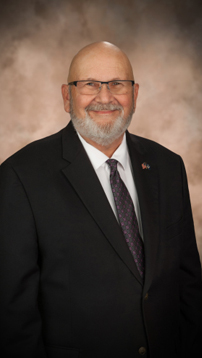 David has been married 48 years to Joan Frost Horton. They have two daughters and three granddaughters. David attends Troutville Church of the Brethren, is a Master Mason at Catawba Lodge 342, and is a 32nd Degree Mason at Roanoke, Viriginia. David retired from Botetourt County Sheriff's Office at the rank of Sergeant and currently is the mayor of Troutville. He enjoys spending time with family and friends, fishing and target practicing. 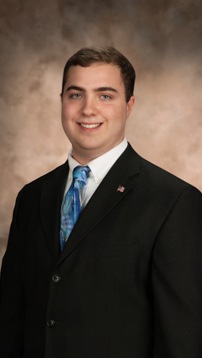 The son of a funeral director, Jonathon grew up in the funeral home. He began helping set up flowers and chairs from a very young age and is currently an Ambassador for Rader Funeral Home and Lotz Funeral Home. Jonathon is a graduate of Lynchburg College with a Bachelor of Arts in Sport Management. He enjoys all sports, especially baseball. Jonathon is a 2014 graduate of Glenvar High School. 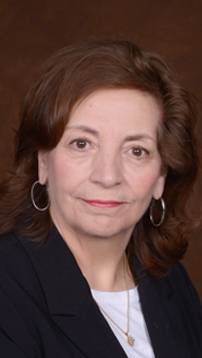 Jane joined the Rader Funeral Home family August of 2017.  She is a graduate of Lord Botetourt High School and attended Virginia Western College.

Jane is a member of Fincastle Baptist Church and is married with two children, both LBHS graduates.  She retired from Elizabeth Arden Accounts Payable department after 48 years of service. 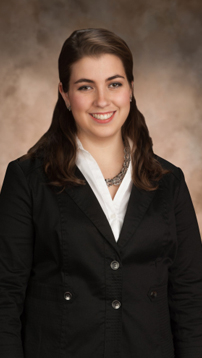 The daughter of a funeral director, Maria, like her brother Jonathon, grew up in the funeral home. She began helping set up flowers and chairs from a very young age and is currently an Ambassador for Rader Funeral Home and Lotz Funeral Home. Maria is a graduate of George Mason University and received her Master of Arts in Clinical Mental Health Counseling  and Art Therapy from Lesley University Graduate School of Arts and Social Sciences in Cambridge, Massachusetts. 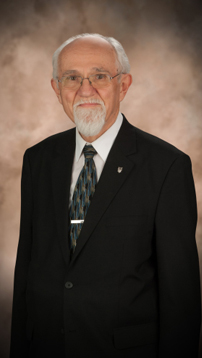 Irving joined the Rader staff in May 1996 following his retirement from full-time ministry with the Church of the Brethren.

As a Brethren minister, Rev. Glover most recently served as Pastor of the Mt. Bethel Church of the Brethren east of Eagle Rock on Rt. 43. He served Brethren congregations in Pennsylvania, Ohio, and Illinois prior to coming to Virginia in 1979 to serve the Daleville Church of the Brethren. Irving is also currently serving his church’s district in a volunteer role as Pastor to Pastors.

Though born in Detroit, Michigan, Irving grew up near Harrisburg, Pennsylvania. He is a graduate of Elizabethtown College in eastern Pennsylvania, having also attended Gettysburg College. In 1962, Rev. Glover graduated from Bethany Theological Seminary, now located in Richmond, Indiana.

Irving and his wife, Carol, were married in 1967 blending a family of nine children. The children and their families are now scattered throughout the United States.

Mr. Glover’s community interests include the Kiwanis Club of Botetourt County, where he has been a member since December 1980. He served as President in 1987. He also served on the Steering Committee for the Roanoke Valley’s annual CROP Hunger Walk.

If you catch him sitting around at home, he may either be e-mailing his family and friends or relaxing with his two dogs, George and Ralph, or doing a counted cross-stitch project. You might even find him wearing a shirt that he made himself or practicing a choir number for church. 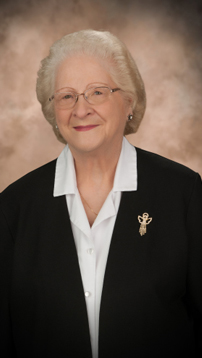 Here I go again! Third career in a lifetime! I started out in Ohio as a wife and mother. I helped rear nine children and was a pastor’s wife. After raising the family, I started college to become a nurse. Thus, I graduated from Virginia Western Community College with my R.N. and an Associate's Degree at the age of 49. With a keen interest in oncology, I was one of the first chemo nurses at Lewis Gale Hospital. Then, I earned my Bachelor of Science in Nursing from Lynchburg College at age 54, the same year I became a grandma, after which I held several nursing positions in northern Virginia.

Having specialized in oncology, I then worked for 16 years as a Staff Nurse for Good Samaritan Hospice after returning to Roanoke. Now, being retired from nursing, I appreciate working with my husband of 48 years, Irving Glover, at the funeral home. 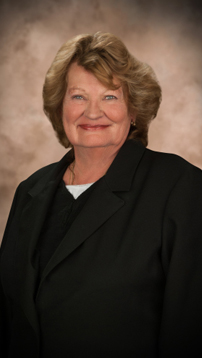 Mary Ann was born and raised in New Jersey. She worked as an office manager for a structural steel company for 24 years before retiring to Botetourt County.

Mary Ann is a member of the Catholic Church of the Transfiguration in Fincastle and helps with on-going church projects. Mary Ann also works fund raisers for the JDRF in Roanoke as her youngest grandson is a Type 1 diabetic.

She has two children, a son and a daughter, and two grandsons. The elder grandson is a police officer in Florida and the younger attends high school in Roanoke.

Mary Ann has been with Rader Funeral Home since 2014. 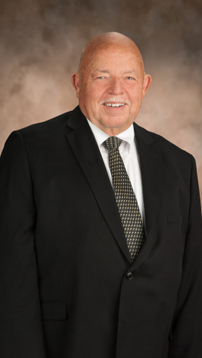 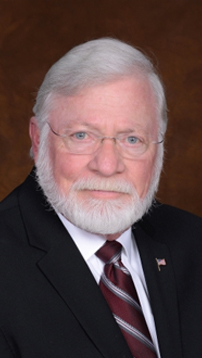 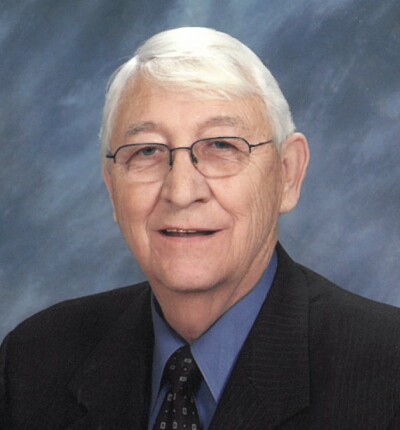 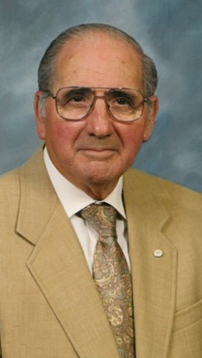 Before coming to work at Rader Funeral Home, Dana owned Commonwealth Audio and Visual. He was married to Lena Gibson and had one daughter, Mary Westmoreland, and her husband, Ted. Dana had one granddaughter, Michelle R. West, and one great-granddaughter, Casi.

Dana was a member of the Williamson Road Masonic Lodge and the Melrose Masonic Lodge, as well as Scottish Rite, Shrine Center, VFW Post #1841, the Woodmen of the World and Troutville Baptist Church.

You are welcome to call us any time of the day, any day of the week, for immediate assistance. Or, visit our funeral home in person at your convenience.

About Us
Testimonials
Meet Our Staff
In Our Community
Our History