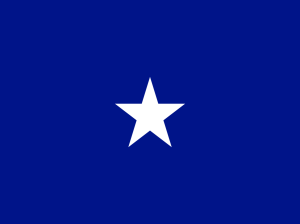 Scott was born February 21, 1950 in Salina, Kansas and lived in Botetourt for the past eighteen years. He served with distinction in The United States Air Force for 29 ½ years, retiring as a Brigadier General. In retirement, Scott owned Van Cleef Fine Woodworking, and was active in the Air Force Association, MOAA, and Civilian Air Patrol.

A celebration of Scott’s life will be 1:00 pm, Monday July 26 at Rader Funeral Home, 630 Roanoke Road Daleville, with Pastor Charles Miller officiating. Burial with full military honors provided by The United States Air Force Honor Guard will be at Southwest Virginia Veterans Cemetery in Dublin, Virginia. The family will receive friends at the funeral home 2:00 to 5:00 pm Sunday.

Scott’s celebration of life will be livestreamed at www.rader-funeralhome.com/tributes/Scott-VanCleef.

In lieu of flowers, memorial contributions may be made in Scott’s memory to
Air Force Association, Scholarship Fund, 1501 Lee Hwy, Arlington, VA 22209.

To send flowers to the family or plant a tree in memory of Brigadier General Scott Paul Van Cleef, USAF Retired, please visit our floral store.