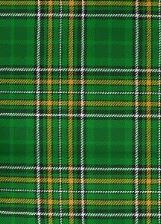 Pete was born in Oceanside, New York and grew up in Baldwin, New York. He was the son of the late Joseph V. and Mary C. Bettman Mahony.

Pete was a graduate of Millersville State Teachers College (Millersville University) and received his masters at New York University. He raised his family in Miller Place, New York and taught history and social studies for many years at Centereach School District on Long Island, New York for more than 30 years. After moving to Botetourt in 1992, he was a substitute teacher in retirement for Botetourt Schools. Pete had a real love of history and participated in Civil War re-enactments. He was very civic-minded and enjoyed the Fincastle area. Pete was a member of St. Mark’s Episcopal Church and was a veteran of The United States Army, serving in Germany.

Online condolences may be made to Pete’s family at www.rader-funeralhome.com/tributes/Peter-Mahony.

To send flowers to the family or plant a tree in memory of Peter Clinton "Pete" Mahony, please visit our floral store.