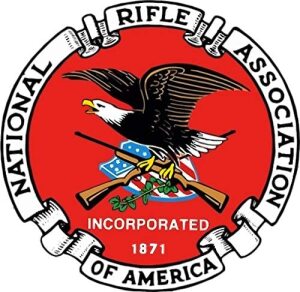 Jerry was born in Roanoke June 27, 1943 and lived in Botetourt his entire life. He was the son of the late Elzie A. and Lillie M. Wiley Abbott.

Jerry was the General Manager of the Airport Holiday Inn and was employed with American Motor Inns/Krisch Motels retiring in 1998. He was an avid sportsman who enjoyed football, basketball, the Blue Devils, golfing, hunting, Western horsemanship, expert marksman, proud member of the Republican Party and NRA. Jerry was inducted into the Lord Botetourt High School Sports Hall of Fame, was a member of the 1959 Troutville High School State Championship basketball team. He scored over 1,000 points in his high school basketball career. Jerry served in The United States Army Reserve.

In addition to his parents, he was preceded in death by his brother, Wiley Richard Abbott and sister, Ella Mae Abbott Duczak. Jerry is survived by his sons and daughter-in-law: Mark Harmon Abbott of Charlotte, North Carolina, and Tyson Alexander and Donna Abbott of Fincastle; his sister, Jean Abbott Saville of Troutville; sister-in-law, Nell Abbott of Daleville; and many loving nieces and nephews.

A celebration of Jerry’s life will be 6:00 pm Tuesday, July 7 at Rader Funeral Home, 630 Roanoke Road Daleville with Pastor Danny Quirin officiating. The family will receive friends at the funeral home two hours prior to the service. For those with concerns regarding COVID-19, social distancing, and out-of-town folks, the service will be livestreamed at https://www.rader-funeralhome.com/tributes/Jerry-Abbott.

In lieu of flowers, memorial contributions may be made to the National Rifle Association of America, 11250 Waples Mill Road, Fairfax, Virginia 22030.

Online condolences may be offered to the family at www.rader-funeralhome.com.

To send flowers to the family or plant a tree in memory of Jerry Byrdine Abbott, please visit our floral store.