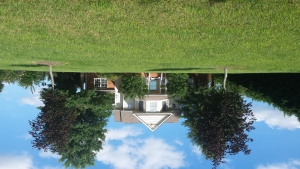 On the evening of March 31st, “Bernie” Burnart Richerson Hall Jr passed away of a sudden heart attack. Born on Oct. 30, 1949, he was “BR” and Mary Hall’s middle child of five brothers. He was raised in Roanoke and Botetourt County. Bernie is an Appalachian State University alum and proudly attended Virginia Tech. Married to the love of his life, Bobbi Jo, they raised their only son, “Trey” Burnart Richerson Hall III. Together, Bernie and Bobbi Jo lived a life full of traveling, music, and mountain living.

Though Bernie wore many hats (mostly Stetsons), working as a teacher, leather craftsman, and plumber, Bernie was an innovative business-owning entrepreneur. He also handbuilt his Botetourt County home and pridefully provided for his family.

Bernie believed in balance, so there was play to accompany his hard work. Even as a child, Bernie was a talented singer. His elementary choir teacher taught him to yodel. Picking up the guitar, Bernie was a torch-carrier of American folk music. Learning traditional songs and bluegrass classics, he went to festivals and participated in the Galax Old Time Fiddler’s Convention, placing in the Folk Song competition. Bernie and Bobbi Jo shared a love for music and danced from square dances to ballroom jazz nights. They had a rhythm that only love can embody. At 72, Bernie even recorded a full-length album, “Bernie Yodelin’ Hall - Blue Ridge Mountain Yodel.” Bernie was also a lifelong motorcycle enthusiast. He rode Harleys ranging from a Sportster, Heritage Softtail, and his current Screaming Eagle.

Bernie was foremost a loving husband and the most supportive and facilitative father. His love was felt by anyone who met him and his spirit will live on eternally. He is survived by wife, Bobbi Jo, son, Trey, in-laws, Judy Fisher and Tina & David Nolan, brothers, Richard, Larry, Frank, & Bobby, lifelong friend, Harry St Clair, and innumerable friends and family. The viewing will be held at Rader Funeral Home in Daleville, VA, on Sunday, April 3rd from 1-3 pm and the funeral service will be held directly after the viewing at 3 p

To send flowers to the family or plant a tree in memory of Burnart Richerson Hall Jr. "BRH Jr", please visit our floral store.